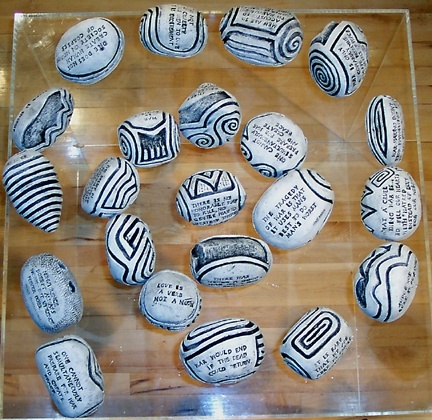 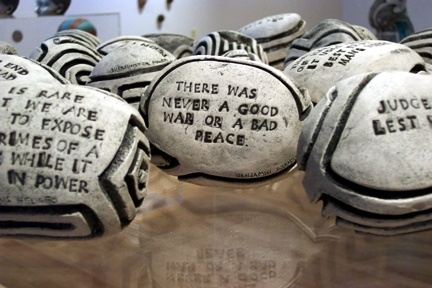 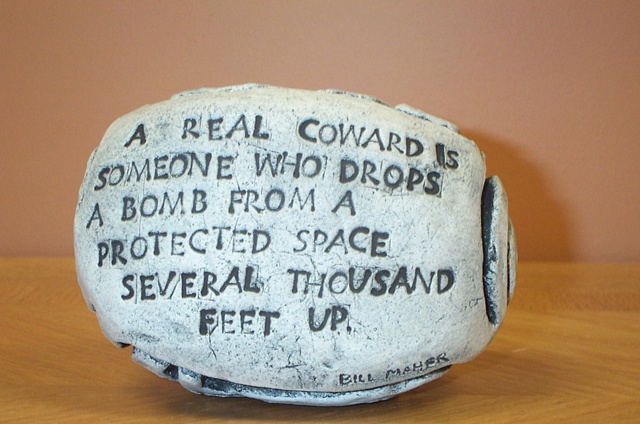 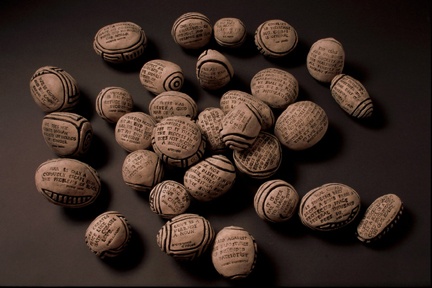 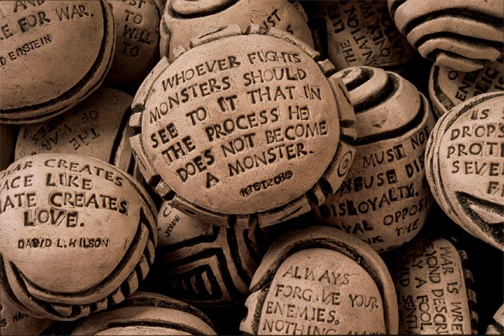 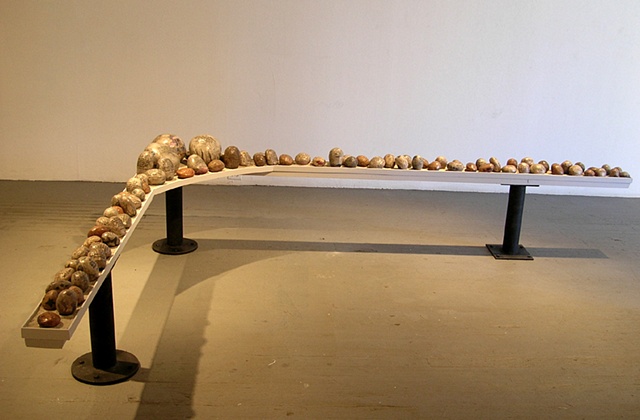 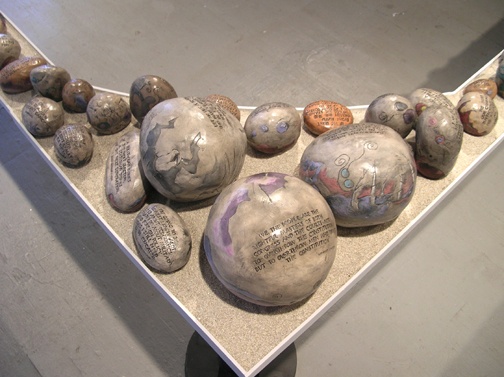 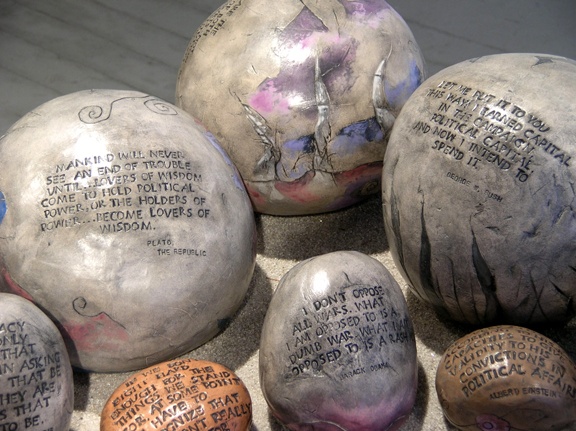 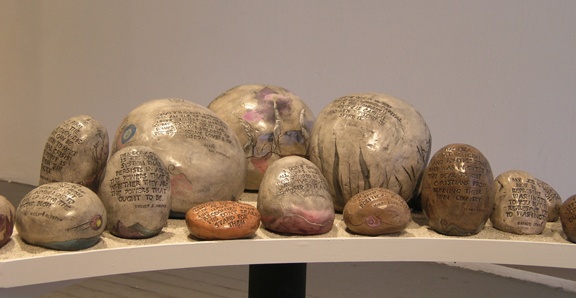 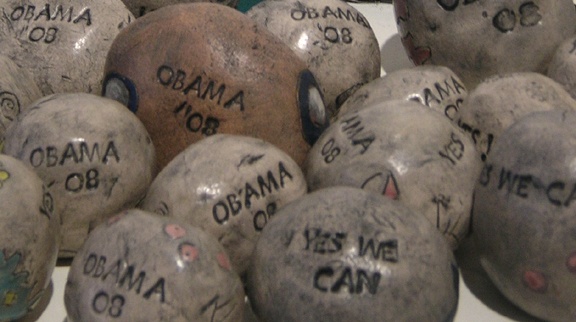 "Hope Stones" is a continuing series of small ceramic stones containing text which was started in 2004 prior to the presidential election. The first body contained quotes addressing the futility of war and its continuing presence. The quotes were from historical, literary, political and contemporary individuals whose words, I felt, added to the whole concept of humankind and its use of war. In early 2005, this installation was censored in that one of the stones was removed from the exhibition. The stone contained a quote by Bill Maher: "A Real Coward is someone who drops a bomb from several thousand feet up." After working with the ACLU and the National Coalition Against Censorship, the stone was returned to the exhibit. In 2008, again prior to the presidential election, I created a body of hope stones which addressed political campaigns and politics in general. I found quotes by historical and contemporary figures addressing this topic. With this group, I also included smaller stones which had "Obama '08" and "Yes We Can" stamped on the surface. The sales of these particular stones went to Obama's campaign fund.